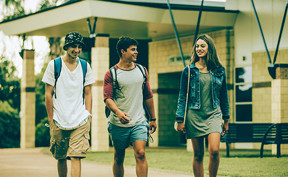 Travel options for those needing to get to work and study across the region are a step closer to improving next year, with Bay of Plenty Regional Council agreeing to trial new regional services for one year in 2020.

Council has budgeted $354,000 in its Annual Plan for 2019/20 for the trial, conditional on achieving a cost sharing arrangement with Toi Ohomai and the University of Waikato, to help reduce the costs to ratepayers.

Regional Council Chair Doug Leeder said that before the University’s Tauranga CBD Campus opened earlier this year the University, together with Toi Ohomai, had approached Council with a request for extra public transport between Whakatāne, Rotorua, Katikati and Tauranga.

“Currently, there is little public transport that students and commuters can take which ensures they can get to their place of study or work with timing that fits for an average day,” he said.

“As well as looking to share the costs of these services, we’ll also be using NZTA low cost low risk investment to keep the cost to ratepayers down.”

Full details of the new services should be released later this year, including fares, routes and timetables.

“Ultimately though,” Mr Leeder said, “this is a trial and the proof of its worth will be in its use, so when it starts, I thoroughly encourage people to use it.”

As part of adopting its Annual Plan 2019/20, Council also approved extending the living wage to Rotorua and Eastern Bay bus operators and extended the period that SuperGold card holders can travel for free each day on the region’s bus networks. In Tauranga, a one year trial of fare-free bus travel for school students will also take place to help reduce congestion in the city.

“The deliberations highlighted the importance that the role Passenger Transport has in the region. We need to be getting it right to ensure the people that require it most, have ready access to it,” Mr Leeder said.

Where there is a net cost to Council, transport initiatives will primarily be funded through targeted rates, meaning that those who are likely to benefit from the services will pay for it